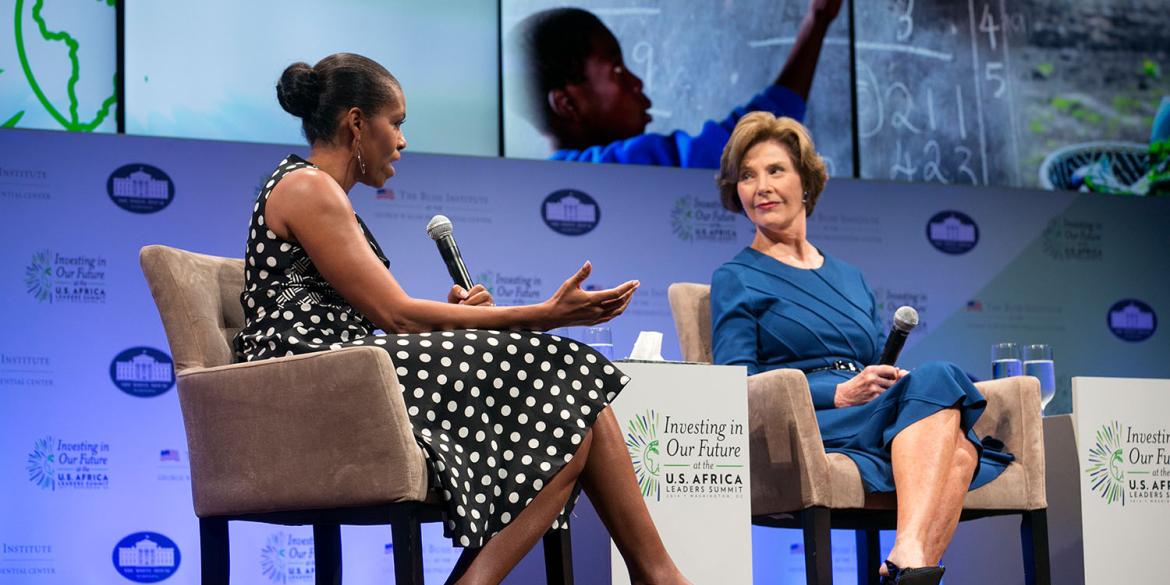 The Barack Obama Presidential Library joins the National Archives and Records Administration family in remembering Cokie by sharing the following video  from our holdings.  In this video, Cokie moderates a conversation with Mrs. Obama and Mrs. Laura Bush at the United States-Africa Leaders Summit Symposium for African Spouses in 2014.

A Conversation with the First Lady and Mrs. Laura Bush