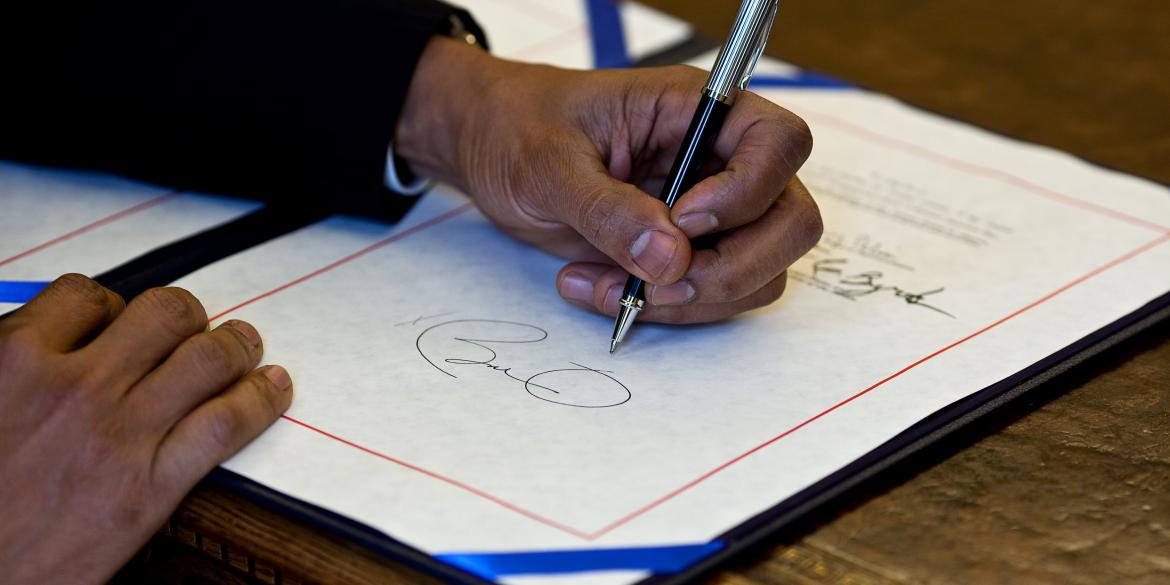 The National Archives and Records Administration announced today a new model for the preservation and accessibility of Presidential records.  This follows an Obama Foundation announcement of its commitment to fund the digitization of all of the unclassified Presidential records created during the administration of President Barack Obama.  Instead of constructing a building to house the textual and artifact records, existing NARA facilities will house the original materials.

In this new model, NARA will administer neither a museum nor a traditional “Presidential Library,” and will instead focus its resources and personnel on preserving and making accessible the Presidential records of the 44th President of the United States in digital format to the greatest extent possible.  The new model continues NARA’s long-standing role as the Nation’s steward of Presidential records.  An added benefit is the enhanced ability to more quickly make released Presidential records available to researchers regardless of location.

Once the records are digitized, NARA will store and preserve the original paper records, as well as the artifacts, in an existing facility that meets NARA’s high standards for archival storage.  A staff at that location will be responsible for caring for the records and artifacts.  As part of NARA’s responsibility to provide access, staff will also support a loan program that provides records and artifacts for exhibition in the Obama Museum, as well as in other private museums.

In addition to the paper records, NARA received more than 250 terabytes of electronic records, including approximately 300 million emails, from the Obama White House.  Together, these “born digital” and the digitized materials will represent the largest digital archive of Presidential records.  NARA staff will be able to work from existing facilities to process and review this content using digital tools to support their work.

The establishment of a digital archives for the records of President Obama continues NARA’s efforts to establish new ways of reaching more researchers, educators, students, and citizens alike in the 21st Century, and sets the stage for a new era in the study of Presidents past and future as well as of the Presidency itself.

For press information contact the National Archives Public and Media Communications Staff at 202-357-5300.