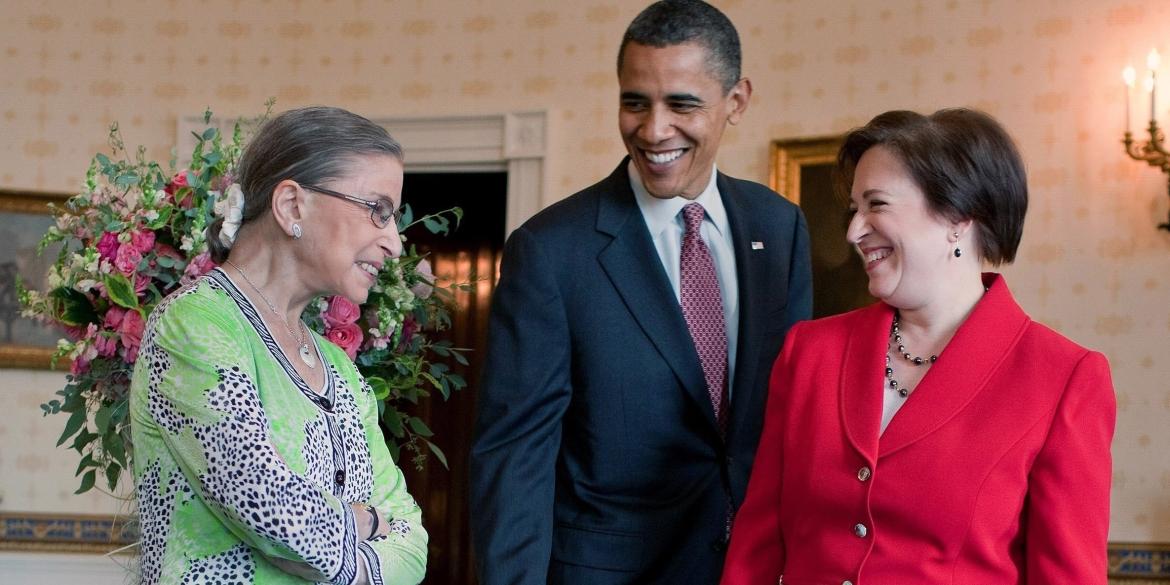 Sixty years ago, Ruth Bader Ginsburg applied to be a Supreme Court clerk. She’d studied at two of our finest law schools and had ringing recommendations. But because she was a woman, she was rejected. Ten years later, she sent her first brief to the Supreme Court — which led it to strike down a state law based on gender discrimination for the first time. And then, for nearly three decades, as the second woman ever to sit on the highest court in the land, she was a warrior for gender equality — someone who believed that equal justice under law only had meaning if it applied to every single American.

Over a long career on both sides of the bench — as a relentless litigator and an incisive jurist — Justice Ginsburg helped us see that discrimination on the basis of sex isn’t about an abstract ideal of equality; that it doesn’t only harm women; that it has real consequences for all of us. It’s about who we are — and who we can be.

Justice Ginsburg inspired the generations who followed her, from the tiniest trick-or-treaters to law students burning the midnight oil to the most powerful leaders in the land. Michelle and I admired her greatly, we’re profoundly thankful for the legacy she left this country, and we offer our gratitude and our condolences to her children and grandchildren tonight.

Ruth Bader Ginsburg fought to the end, through her cancer, with unwavering faith in our democracy and its ideals. That’s how we remember her. But she also left instructions for how she wanted her legacy to be honored.

Four and a half years ago, when Republicans refused to hold a hearing or an up-or-down vote on Merrick Garland, they invented the principle that the Senate shouldn’t fill an open seat on the Supreme Court before a new president was sworn in.

A basic principle of the law — and of everyday fairness — is that we apply rules with consistency, and not based on what’s convenient or advantageous in the moment. The rule of law, the legitimacy of our courts, the fundamental workings of our democracy all depend on that basic principle. As votes are already being cast in this election, Republican Senators are now called to apply that standard. The questions before the Court now and in the coming years — with decisions that will determine whether or not our economy is fair, our society is just, women are treated equally, our planet survives, and our democracy endures — are too consequential to future generations for courts to be filled through anything less than an unimpeachable process.